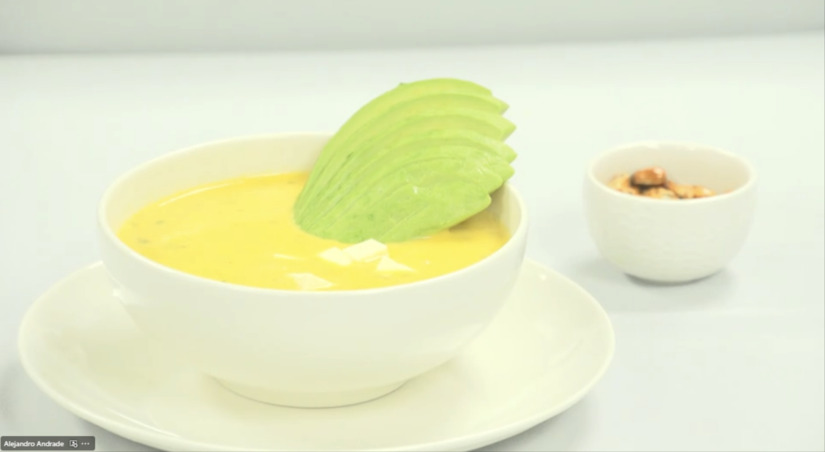 Following in the footsteps of our GCG family members in Honduras and Colombia, the Quito GCG Group crew put on a spectacular live cooking workshop for their fellow staff this past March. The live-streamed demonstration is part of a company-wide initiative throughout 2022, the purpose of which is to help each station celebrate and educate regarding their culinary culture. 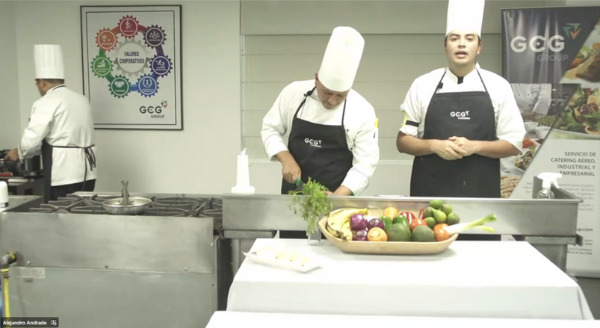 Sous Chef Franklin Shuguli, Santiago Salgado, and Pastry Chef Carlos Guairacaja led the lesson, gradually taking viewers through their preparation of multiple traditional and delicious Ecuadorian delicacies. The first plates consisted of Locro de Papa and Empanadas de Morocho, which use a white corn for the dough, resulting in a delightfully crispy and flaky treat. Next was the main course—a tantalizing offering of LLapingacho, Fritadas, and Seco de Pollo chicken stew. Finally, guests were shown the preparation of two desserts; Higos con Queso, and the country’s festive holiday delight, Pristiños. 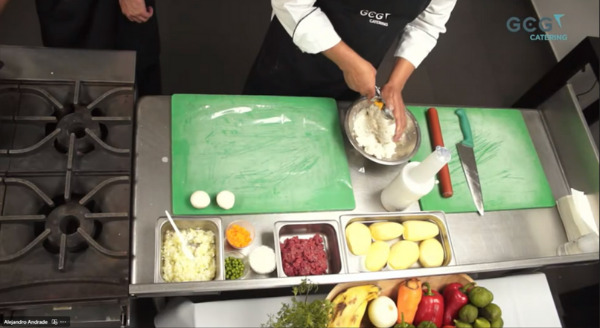 More than three dozen attendees were wowed but the chef’s dexterity and detailed explanations as they skillfully went about their preparations. It was clear once again that GCG Group is home to the absolute best culinary artists in the world! 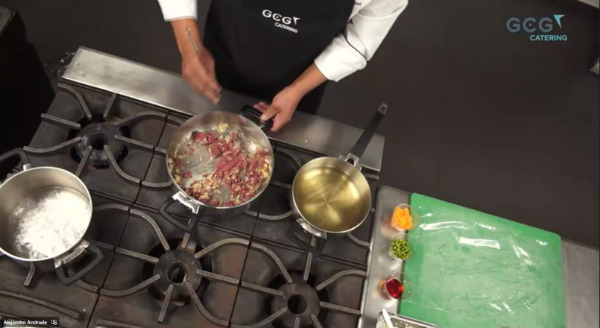 Staff throughout our stations throughout the Caribbean and Latin America should keep an eye out for information regarding each month’s featured station and live cuisine creation workshops throughout 2022!