Air Travel to South America Has Recovered Quickly Since COVID-19 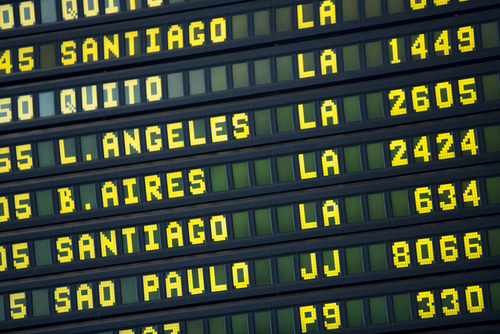 This is the result of multiple factors which the region has working in its favor. However, continued growth also faces some unique challenges.

Recovery Appears to be Sustainable

The strong recovery progress made in April is largely attributable to the easing or removal of travel restrictions on international traffic. At least six Latin American nations, including Mexico, Costa Rica, El Salvador, Argentina, Cuba, and the Dominican Republic, have completely opened their borders.

The restrictions on overseas traffic have had less of an effect on the domestic market. Several nations in the area have had a rapid recovery in comparison to pre-pandemic levels, including Colombia, which outperformed its 2019 projections by 30% for the month of April, and Mexico, which did so by 6%.

The region's economy depends heavily on the aviation sector, which is one of the key factors behind this persistent recovery.

The Region’s Appeal to Tourists is a Factor

The tourist sector is another factor contributing to the region's aviation industry's long-term resurgence.

Summer tourism has increased after two years, which has caused mayhem in several nations, including the United States and Europe. Travel is in high demand, and Latin America has emerged as one of the most popular regions. For instance, the top tourist destinations for Americans in 2022 will be in Latin America and the Caribbean. The typical US traveler now prefers sun and beach places like Cancun, San José del Cabo, and Oranjestad.

The Hurdles to Recovery

The region still has great growth potential, but despite this great news, some challenges remain. In contrast to the about 2.5 times per year that people fly in Europe and the United States, they barely fly 0.6 times per year in Latin America.

For the airline business in Latin America, the trend of rising fuel prices is concerning. Any airline's operational costs typically include fuel at a rate of 30%; for Brazilian airlines, this figure rises to 40%. Fuel prices have increased by 121% since January 2020.

To learn more about how GCG Group can assist with the growth of air travel and tourism in South American countries, contact us today.